MMFA Art Hive proudly featured in an article by the Smithsonian highlighting the importance of Arts-Based Wellness. 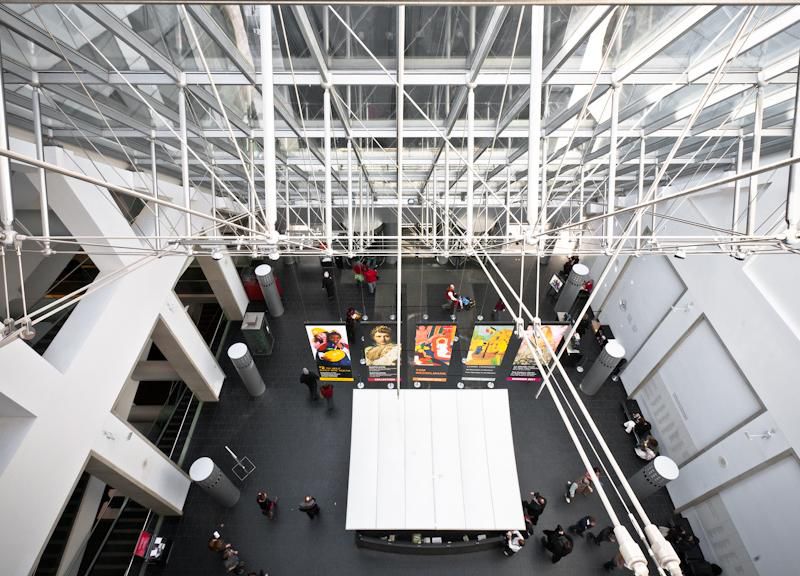 Stephen Legari works with some 1,200 patients a year at Quebec’s Montreal Museum of Fine Arts (MMFA). Yes, you read that right, patients. Hired in May 2017, he was the first art therapist to join the full-time staff of a North American museum. Hyperallergic’s Hrag Vartanian and Zachary Small recently reported on Legari’s work, which falls under the burgeoning health care movement known as “social prescribing.”

The MMFA’s specific art therapy philosophy is twofold: By creating art, participants have the chance to express themselves in a non-verbal manner. Then, by looking at and studying others’ art—the Quebec museum’s collection includes masterpieces by the likes of Auguste Renoir, Edgar Degas and El Greco, as well as an assortment of some 43,000 additional artifacts—patients are able to draw connections and identify themes that resonate with their own experiences.

Some of the museum's group gallery visits focus on a specific subject. Individuals struggling with body image, for example, may be asked to explore shifting representations of the body from ancient Greece through the present. Other times, Legari explains to Hyperallergic, sessions work to transcend patients’ diagnoses, providing a distraction that enables them to “get lost” in sumptuous landscape scenes.

According to Culture Trip’s Rachel Gould, most of the MMFA’s art therapy activities take place in the specialized Michel de la Chenelière International Atelier for Education and Art Therapy, which has welcomed some 300,000 Montreal residents annually since opening in 2016. In an interview with Maria Giulia Marini of Medicina Narrativa, Legari spotlighted the center’s Art Hive, a free art studio open to members of the community from all walks of life. The Hive is intended to be an inclusive space that fosters stability and support for those with mental health issues or feelings of social isolation.

Legari tells Small that his particular brand of art therapy revolves around exploring individuals’ feelings, memories and desires through both “making art” and “reflecting on it.” During a typical session, Legari might begin by discussing a patient’s existing relationship with art, regardless of whether it entails a lifelong passion for painting or complete unfamiliarity. Next, he could assign a collage exercise, providing “readymade materials [that enable you to] project your identity onto shapes, colors, pictures, forms.” Afterward, he says, he’ll likely engage the patient in reflection and guided questions.

Hyperallergic’s Small notes that since Legari joined the MMFA’s team, several other museums have hired full-time art therapists. Meanwhile, British Health Secretary Matt Hancock has already detailed plans for a sweeping initiative that would enable U.K. physicians to prescribe such treatments as attending cooking classes, gardening and visiting cultural venues including museums and libraries. According to a government pamphlet, the social prescribing campaign, which was announced last November, is set to be implemented across the U.K. by 2023.

While not on the same scale, Brendan Kelly of the Montreal Gazette reports that members of the Montreal-based medical association Médecins Francophones du Canada (MdFC) gained the option of handing out up to 50 museum prescriptions that enable patients and a limited number of friends, family and caregivers to tour the MMFA for free around the same time as Hancock's announcement. Without a prescription, admission can cost as much as $23 Canadian dollars, or roughly $18 U.S. dollars.

If the social prescribing plan and a growing crop of art therapy initiatives are any indication, Legari won't be the only full-time art therapist to join a North American institution. Instead, he is poised to become one of many.